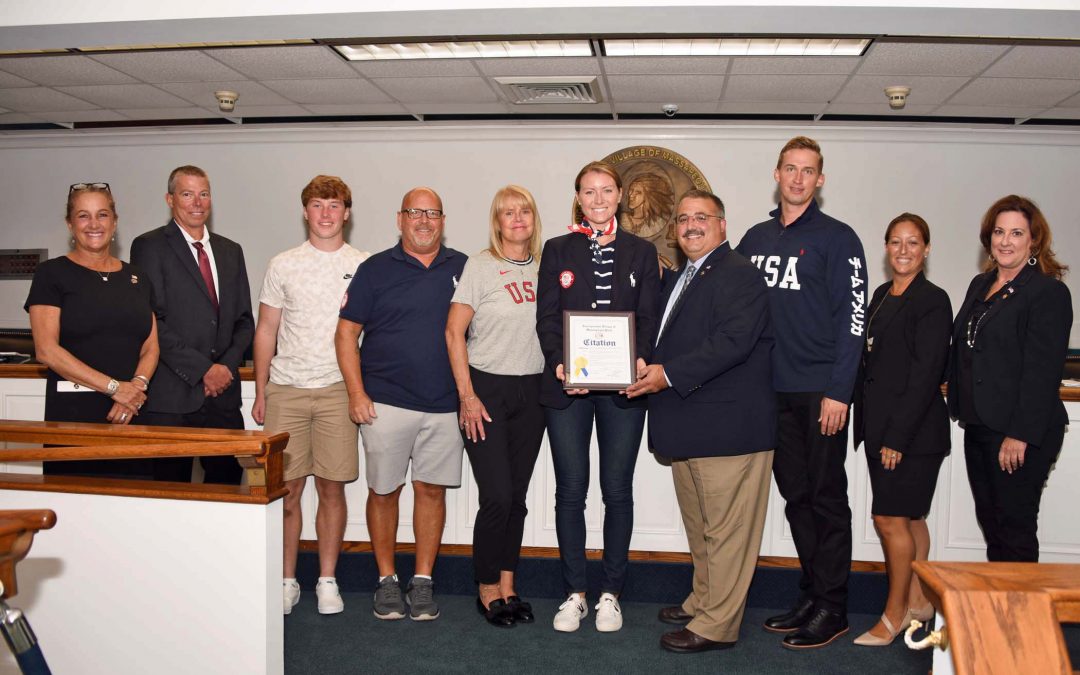 Kristine started rowing in 2005 at St. John the Baptist—and claimed a state title in the novice girls four as a freshman. She rowed in college for the University of Virginia, becoming a three-time first-team All-American and contributing to two national championship teams. Her varsity eight boat also won a national title when she was a junior in 2012.

“Olympians are the top athletes, at that time, in their sport from their country. It is an elite circle representing athletic excellence, competitive drive, and unquestionable dedication and Kristine is truly deserving of being in that elite circle,” said Mayor Daniel Pearl.