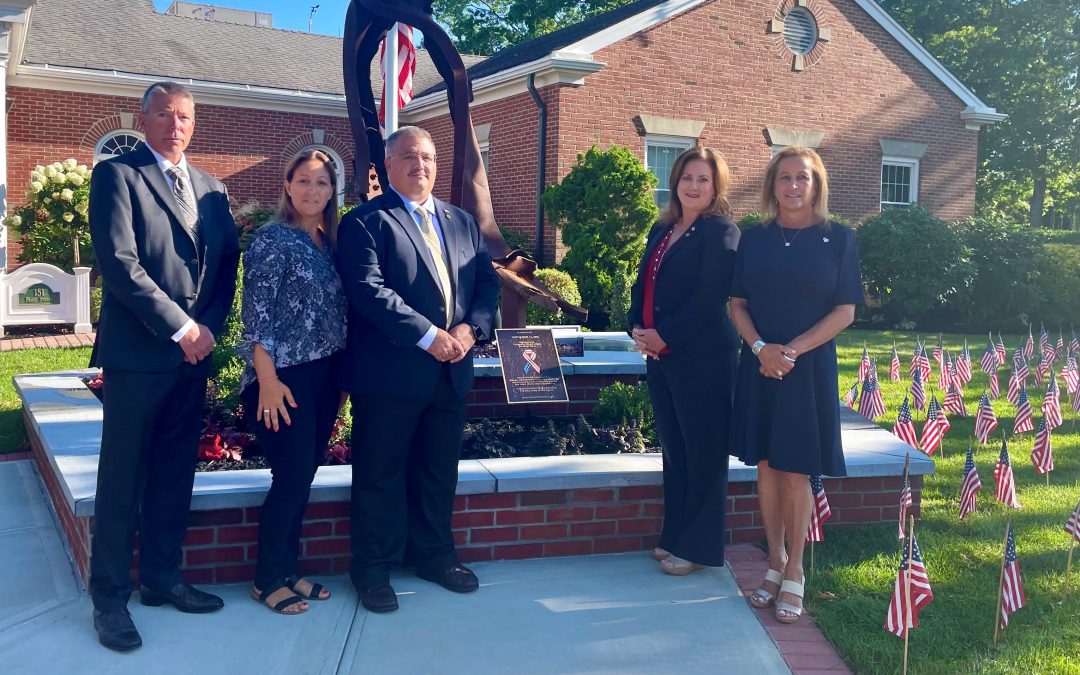 Massapequa Park Mayor Daniel Pearl, Deputy Mayor Tina Schiaffino, Trustees Dana Durso, Todd Svec and Christine Wiss held an unveiling and remembrance ceremony to honor and remember all those we have lost and continue to lose, because of the terrorist attacks to our country, 20 years ago on September 11th, 2001.

The Village obtained a piece of a steel beam from the World Trade Center site and for the 20th year anniversary, it was the appropriate time to build a monument on the grounds of Village Hall that incorporates the beam.